The Edmund Rice Network and the Presentation Family

Movements of the Laity in the Two Congregations 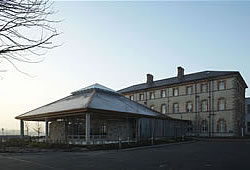 The two   congregations founded by Blessed Edmund Rice are the Presentation Brothers and   the Christian Brothers. Traditionally, the Brothers have always carried out   their mission with the assistance of dedicated and professional colleagues.

In recent years many men and women have become associated with living and   implementing the vision of Edmund Rice. They belong to what are called the   Network and the Family in the two congregations.

These associates express their spiritual lives by living a life of faith and   by serving and working for people who are less advantaged. Some travel as   missionaries to developing world countries and work for a time as teachers and   in other service programmes. Some also live with the Brothers in community and   join in its life and prayer.

This movement and development has   been significant in the life of both congregations. Men and women in the Network   believe that they share fully in the passion of Blessed Edmund for the creation   of a better and more faith-filled world. The movements are currently developing   in parts of the world where vocations to the brothers have significantly   lessened. However, they are also growing in the developing world where there is   a strong emphasis on community and collaborative effort.

It is totally appropriate that Edmund Rice would have a broad appeal to   people beyond the confines of religious life. In his lifetime he fulfilled many   roles as husband, father, widower and single father, businessman, educator,   philanthropist and religious brother. As his life circumstances changed, he   developed his desire and passion to transform the condition of the poor. As he   contemplated the poor boys of Waterford, he decided to provide schools with his   considerable fortune to “raise the poor boys to the status of men,” as he said   himself.

It is right and fitting that the inspiration and passion of such a man should   inspire many others in the wider community.