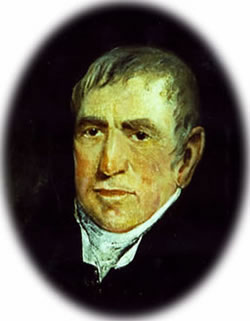 His brother, John Rice, became an Augustinian Priest. In Waterford, Edmund had the benefit of having Jesuit Priests available for spiritual direction and counselling. These Religious priests were a major influence in deciding his vocation.

Especially after the death of his wife, Edmund devoted more time to prayer and works of charity. He was one of the few men to attend Mass daily and receive Holy Communion every Sunday. This was a most unusual practice at the time. He nourished his spiritual life by frequently buying and reading religious books, including the Bible. His time after work in the evenings was given to visiting the sick in their homes.

One of the specific incidents that affected Edmund was his meeting with a Holy Friar. Both were tired after an exhausting journey and they shared a room in a hotel. Edmund woke up in the middle of the night to find the Friar on his knees beside his bed, praying and thanking God for his blessings. Edmund was influenced by this experience.

He gave serious thought to entering a Monastery, but he felt God was calling him to respond to the needs of the poor children in Waterford. Having sought the advice of the Pope and the Bishop he decided to open schools in 1793. This plan was uppermost in his mind but was not realised until 1802.

The experience of welcoming the Presentation Sisters to Waterford influenced Edmund greatly. He saw in Nano Nagle that total dedication was called for. He was determined that his society would be bound by religious vows and that the Brothers would live in religious communities. As early as 1803 Thomas Grosvenor, Patrick Finn and John Mulcahy, took up residence in the new house at Mount Sion. Six days later Bishop Hussey informed the Holy See that “already a monastery has been built where dwell four holy men who request approval of a rule.”

In 1808 the Brothers first dedicated themselves to God and the service of the neighbour by the profession of religious vows, according to the Rule of the Presentation Sisters. Edmund and his companions observed this rule faithfully until 1822 when the Rule of the Religious Brothers, approved by the Pope, was adopted. In that year Edmund was elected Superior General.

Besides the Presentation Rule, approved in Rome in 1805, Edmund adopted the structure of the De La Salle Brothers’ rule in 1822. Based on this document and greatly influenced by the Jesuit Rule of St. Ignatius, Edmund produced a new rule of life in 1832. The most important element of Edmund’s Rule was that the brothers should cherish “a love of holy prayer, which they are to consider as the first and principal of their daily duties.” In his own life he manifested a constant commitment to prayer.

In his years of retirement Edmund remarked, “O God, did we even now rightly begin to serve you, your loving heart would take us all to its final embrace.” He greatly admired missionaries, “Blessed be the Lord who has such noble servants.” At the time of his death it was announced that the Brothers had lost ‘our most dear Father, Founder, and Brother.’ The Brothers were recommended to give special place to Our Lady in their spiritual lives. In old age, when he suffered from advancing dementia, his first remark on waking was “Praise be to Thee, O Christ.” On the 29th of August 1844 Edmund Ignatius Rice died. Large crowds filled the streets around Edmund’s house. Catholics and non-Catholics, the well to do and especially the poor gathered on the streets of Waterford to honour this great Man.