The Cathedral of the Most Holy Trinity, in Waterford City, with capacity for over 1,000 people is expected to be packed this December for a one night only concert to be given by the country’s leading operatic soprano, Cara O’Sullivan.

She will be joined by city violinist Marion Power, Waterford Male Voice Choir, Dulcet and the Edmund Rice Choral Society for the concert being help to help raise funds for the ongoing work of the Edmund Rice International Heritage Centre who continue to help those in need.

Tickets go on sale in early September at the Theatre Royal, the Mount Sion Centre Barrack Street, Harvey Travel Gladstone Street, outlets in Dungarvan and in the west of the county.

Speaking at the concert launch in the Granville Hotel last week Cara O’Sullivan said that after the success of a similar concert in 2012 she was delighted to be returning to the Cathedral on Friday December 12 next.  It was strange, she added, to be talking about Christmas in July but it was an honour to be returning to Waterford and the beautiful cathedral with wonderful acoustics.  In terms of funding the heritage centre, she said there was “nothing wrong with looking after our own here in Waterford or in my native Cork city”.

She added, “It is lovely to contribute and help where you can and where we all can and a euro or two might not seem like a lot but it’s a lot.  If everybody gives a Euro to something it means an awful lot.”

Concert organiser and supporter Sean Power of Harvey Travel said the previous concert in 2012 was a tremendous success and a sell-out.

“To have a night like this we need to have support from the city and county.  There are a lot of very good societies in Carrick-on-Suir and New Ross, and we hope we will get support from them as well,” he added.

Sean Power went on to express his thanks to the priests of the Cathedral parish for allowing the concert to take place in the Cathedral.

All the money raised , he said, would be used for the Edmund Rice Centre which does so much good work for the needy in society and all of the money would be spent locally.

Photos from the launch which took place in the Granville Hotel on Tuesday 15th July 2014.  Credit to Noel Browne Photography for these images (http://www.noelbrownephotographer.com/) 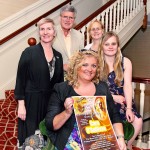 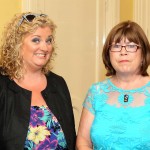 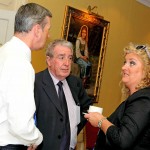 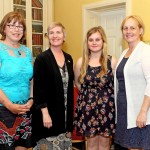 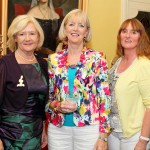 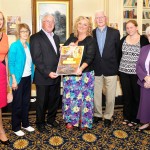 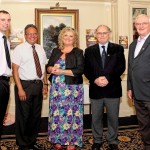