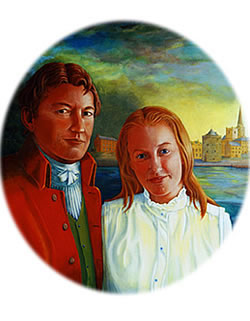 Michael Rice welcomed his   nephew, Edmund, to his home, where he lodged with his cousins Patrick and   Robert. Edmund was ‘intended for business’ as he had attended a commercial   school in Kilkenny. Waterford was a busy and enterprising city. Its magnificent   harbour was capable of sheltering many ships and was a centre of international   trade. Michael Rice was well placed to benefit from these economic   conditions.

There were two principal elements in the Rice enterprise. It provided   supplies for the ships and supplied provisions for the local garrisons. Edmund   was ideally qualified for both tasks. His farming background and commercial   training equipped him for the work involved.

The Penal Laws did not affect commercial enterprises. Catholics were free to   engage in trade. Edmund devoted his time and skills to business. He also found   time to engage in the social activities of any successful young man of his time.   His interests extended to music, dancing, archaeology, history, boating and   horse riding. He had a reputation as a good singer.

About the year 1785   Edmund married, it is believed Edmund’s wife’s name was Mary Elliott, and they   settled down to a happy married life in Ballybricken. However, despite success   and good fortune, tragedy came unexpectedly to Edmund. The local and national   newspapers carried a stark announcement in their death column: “at Ballybricken,   the wife of Mr. Rice.” It is easy to imagine the loss and desolation felt by   Edmund. His wife was dead and he was the single parent of an infant   daughter.

Edmund moved residence to Arundel Lane, where he lived with his daughter as   his sister took charge of managing the household. The house was within walking   distance of two churches, his office at Royal Oak Lane, and the Waterford Quay.   His commitment to work did not lessen. As the 18th century drew to a close his   business improved. 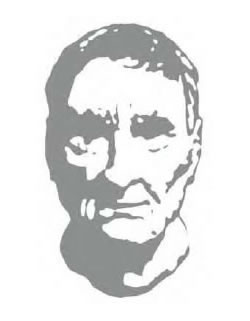 From a religious point of view he was acquainted with several Jesuits, who   were his spiritual directors. He nurtured his spiritual life by purchasing   religious books, including the Bible. He attended Mass daily and frequently   received the Sacraments. He formed a group of like-minded men who gave time to   prayer and good works. Edmund’s favourite charity was the Sick and Indigent   Roomkeepers’ Association whose members visited the sick poor in their homes.   Hospitals and hospices as we know them did not exist. Due to malnutrition, lack   of hygiene, and sparse medical resources, the lot of the sick poor was usually   one of misery.

Waterford is a relatively compact city. For many centuries it was a walled   town with the privileged rich people residing within the walls while the   Catholic poor were obliged to live in the several suburbs, like Ballybricken and   Johnstown. During the day groups of ragged, uneducated boys spent their time on   the quay. Their conduct left a lot to be desired. With nothing to do, mischief   occupied their time. Their general conduct pointed to neglect and lack of   education. The welfare and needs of the boys touched the heart of Edmund.

After years of prayer and discernment Edmund sold his business in 1802 and   opened a school in New Street for poor boys. This school eventually relocated to   Mount Sion. With this act, he was to eventually transform the life of the poor   in Waterford. Friends told Mr. Rice that he was wasting his time and even doing   damage by educating the poor. Edmund replied that of himself he could do little,   but he was confident “with the blessing of God on himself and his helpers of   being able to uplift these boys and raise them to the status of men.