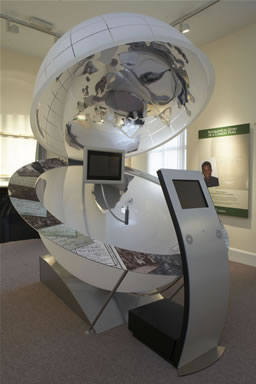 Officially opened in 2008, the Edmund Rice Heritage Centre tells the story of Edmund Rice, the Ireland in which he lived and the growth of his congregations throughout the world.

This modern museum has many captivating features including a multimedia tour of 18th century Waterford, complete with the sights, sounds and even smells of the city streets and dwellings.

One of the centrepieces of the museum is a facial reconstruction of Edmund Rice. Thanks to the miracle of modern science, visitors to the centre can travel back in time and come face to face with a laser-generated image of Blessed Edmund’s head, made of resin, paint and clay. There’s also a life size replica of his bedroom and a typical classroom in which he taught.